The Wilmslow Golf Club recognised many years ago that it is responsible for the ecology of a superb piece of Cheshire countryside: in effect a 160-acre estate embracing one of the finest golf courses in the county.

Woodlands, hedgerows, grasslands and water courses are managed with the same environmental awareness as the course itself. Greens have been developed to tolerate long dry spells and, together with tees, are sparingly irrigated by water drawn from Mobberley Brook, which runs through the course. No mains water is used. Once a year a negligible dressing of fertilizer is applied to the greens.

Wilmslow's ecological and environmental management policies are highlighted by the Sports Turf Research Institute, an independent arm of The R & A, in its film "Sustainable Golf Course Management", which promotes best practice in Europe's golf industry. The Club has worked closely with local conservation groups to create new breeding habitats for butterflies, moths and barn owls. 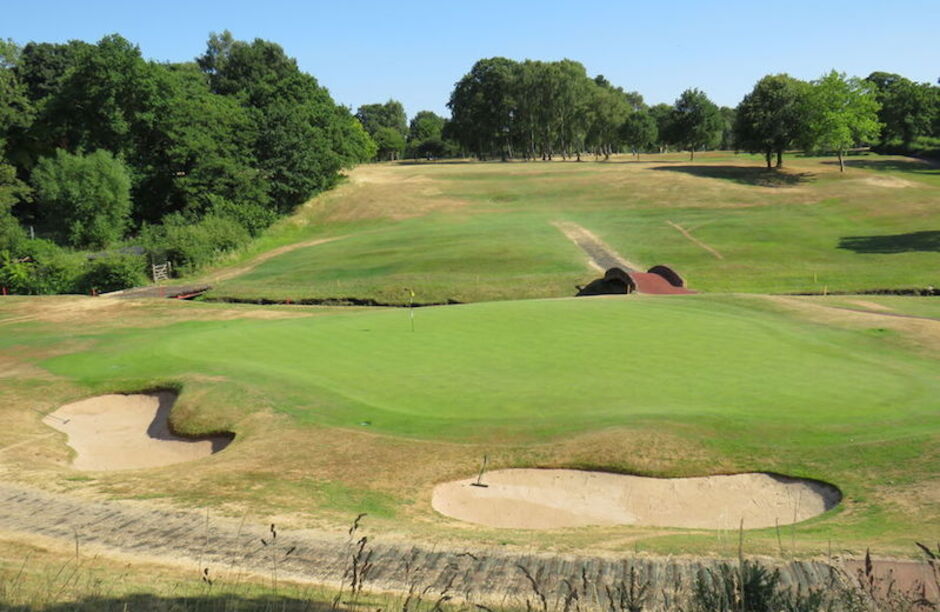 Four-metre margins of insect-rich grassland run alongside the boundary hedgerows - one of which is known to be 400 years old - and woodland management recognises the importance of dead or decaying timber as hosts for the invertebrates that provide food for many birds and mammals.
​

The Wilmslow Golf Club The pay-off for these and other initiatives has been a marked increase in wildlife. The course has more birds, bees, butterflies, bats and badgers than ever before. It even has a crocodile ....of sorts. The wooden silhouette of a croc's head floats ominously among the reeds on the pond by the 13th tee, introduced a few years ago by a member with a mischievous sense of humour.

Fungi survey  More than 80 species of mushrooms and other fungi, some with names like The Blusher, The Deceiver, Slippery Jack, Stinkhorn and Poison Pie, have been identified in a survey of the course carried out over the past 12 months. About ten of the species are edible and a similar number are classified as poisonous or deadly poisonous. To access the full survey, conducted br Roger Langley at the request of the Course Manager click here